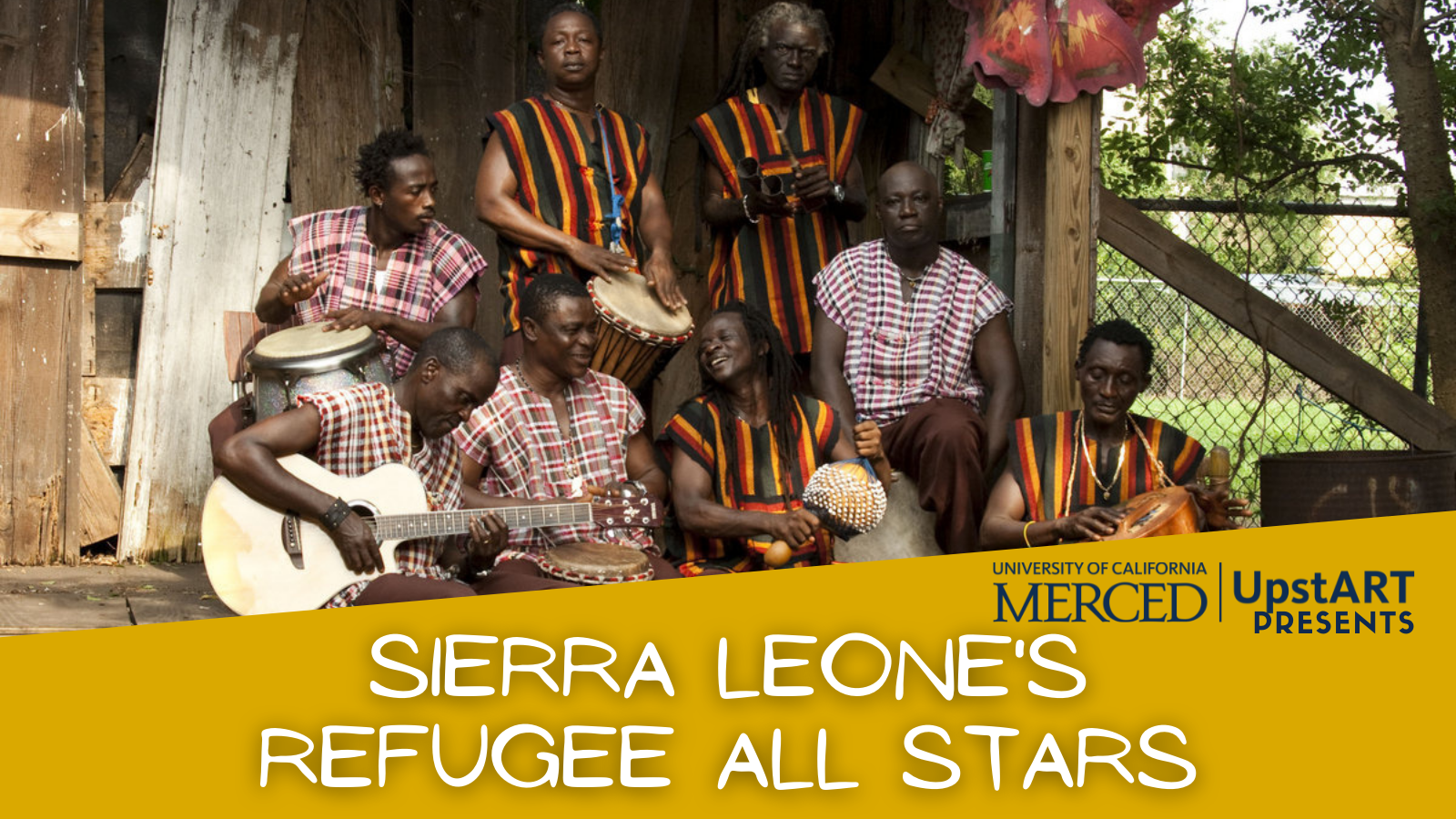 Sierra Leone's Refugee All Stars were formed of a group of refugee musicians displaced to Guinea during the Sierra Leone Civil War. Since their return to Freetown in 2004, the band has toured extensively to raise awareness for humanitarian causes. The band is a potent example of the redeeming power of music and the ability of the human spirit to persevere through unimaginable hardship and emerge with optimism intact. From their humble beginnings in West African refugee camps, Sierra Leone’s Refugee All Stars have performed on some of the world’s most prestigious stages and matured into one of Africa’s top touring and recording bands.

Featuring a post-show live audience Q&A with the band.

Register for the event at https://bit.ly/3Jh4Gvh