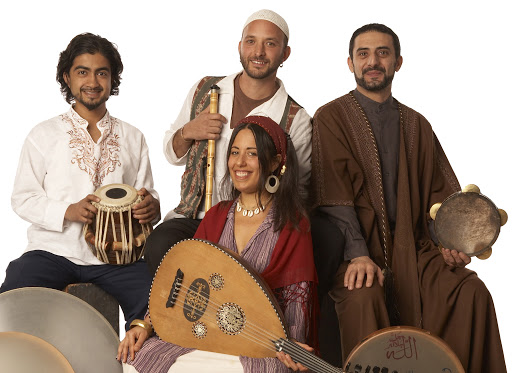 Based in San Francisco, the Qadim Ensemble is comprised of accomplished musicians whose repertoire includes Arabic, Jewish, Turkish Sufi, Hebrew-Yemenite, Armenian, Greek, Ladino and Moroccan music. Their performances have been described to convey “superb musicianship and palpable enthusiasm” by NPR, and as “visionary … achingly beautiful” by the San Francisco Chronicle. The group aims to convey a timely message of peace and cross-cultural appreciation, and has received international acclaim for their most recent album, Eastern Wind, which reached no. 7 on Billboard’s World Music charts.