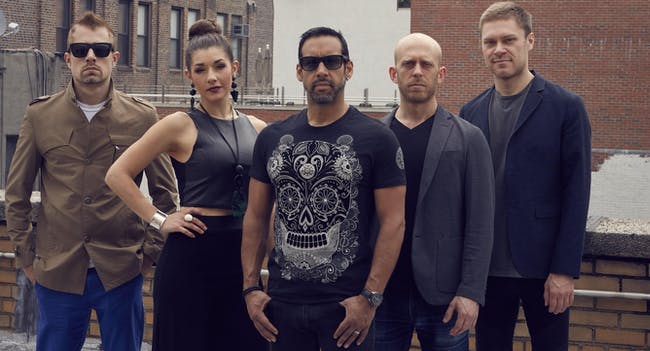 Five-time Grammy Award winner Antonio Sanchez is one of the most sought-after drummers in the international jazz scene. He has performed and recorded with some of the most renowned jazz artists, including Pat Metheny, Chick Corea, Michael Brecker and Gary Burton, and since 2007 has been recognized as a talented composer with the release of his first solo album, Migration. According to Jazz Times, Sanchez’s albums Three Times Three and Meridian Suite, both released in 2015, further “showcased his virtuosity as a drummer, composer, and creative musical thinker.” In 2014, Sanchez’s original soundtrack for the movie Birdman earned him the Critic’s Choice Movie Award for Best Score, BAFTA Award for Best Film Music, and a nomination for the Golden Globe for Best Original Score. In his latest album, Lines in the Sand, the Mexican-born drummer and composer is joined by Migration, his new quintet, to sound “a call not only to action but also about action.” Released in January 2019, the album chronicles the struggle of migrants at the U.S.-Mexico border with Sanchez’s “boldly rhythm-centric approach to musical storytelling,” as described by Jazz Times.